Spring is a sign of regeneration and nowhere is that more evident than in Italy’s central province of Umbria. The wisteria’s vibrancy sends the bees into a frenzy of activity, the iris’ delicate white blossoms bump up against the woody grape vines and trees ripe with spring growth; the season’s unfolding is something to behold.

Umbria is beautiful all year round, but spring may just its peak. The following photo essay was drawn from the area around Civitella del Lago, a small village above a ‘lake’ formed by a dam on the river Tiber.  The town is located in between Todi and Perugia, in central Umbria.

Here are some reasons to see Umbria in the spring….

Above and below, from dripping wisteria to ignoble flowers tucked along an ancient wall, Umbria is regaled with royal hues. (And you’ve already seen the royal lilac…) 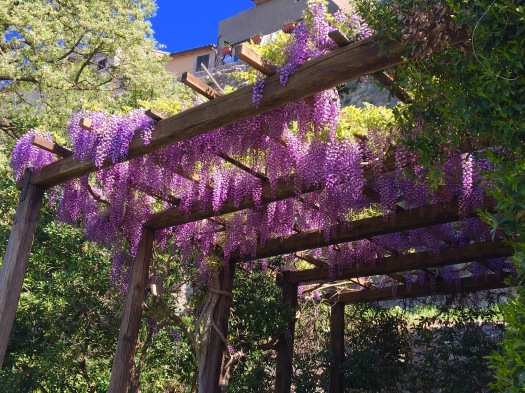 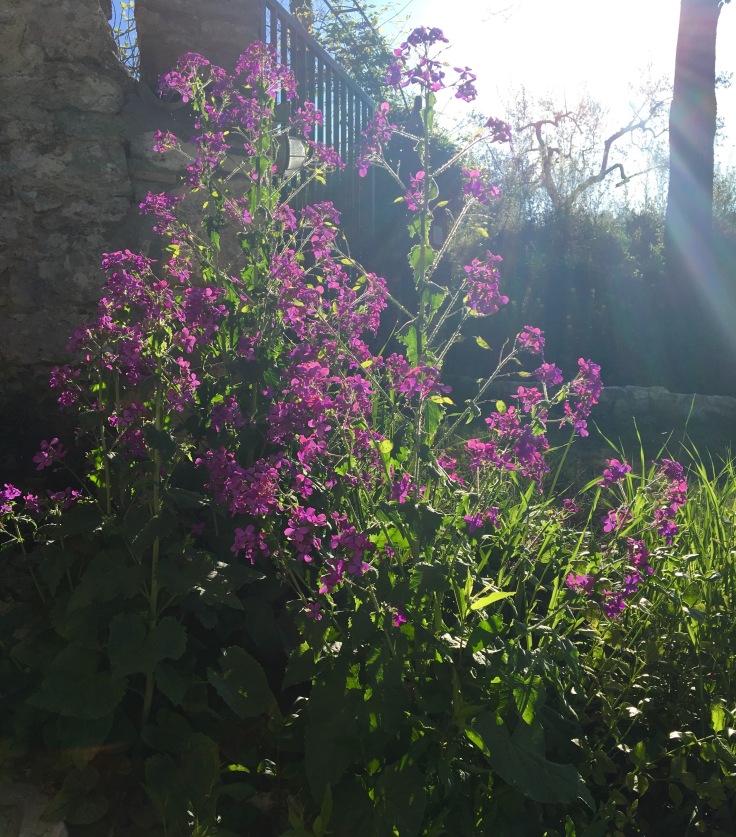 A bellwether of spring; it couldn’t happen without them. 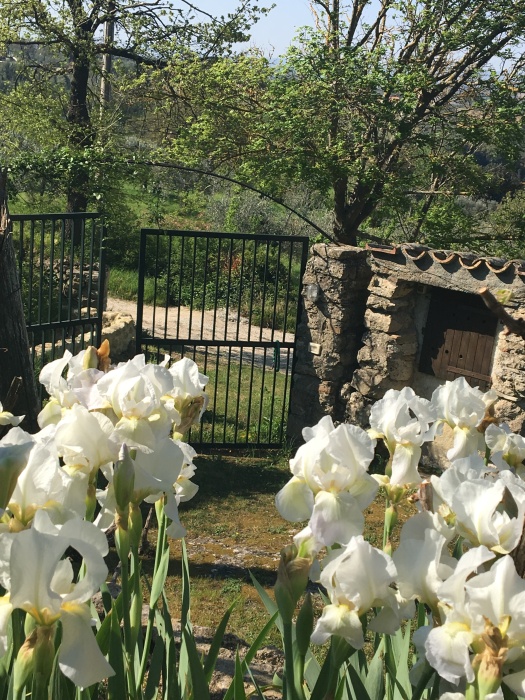 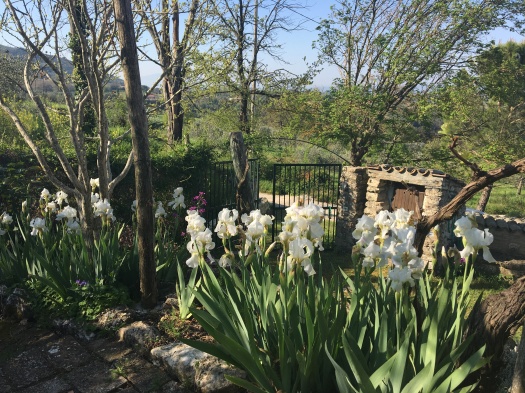 3. Because the blooming trees signal the timeless cycle of seasons….

Almond and cherry behind the iris bed….

Gnarly vines with the first blush of new growth…

The philosophy of French olive growers is to prune trees to allow a sparrow to fly through the branches.

The Italians take a different view: prune so the contadino’s (farmer’s) hat can be thrown from under the tree and not be caught on the branches. These were pruned the Italian way. 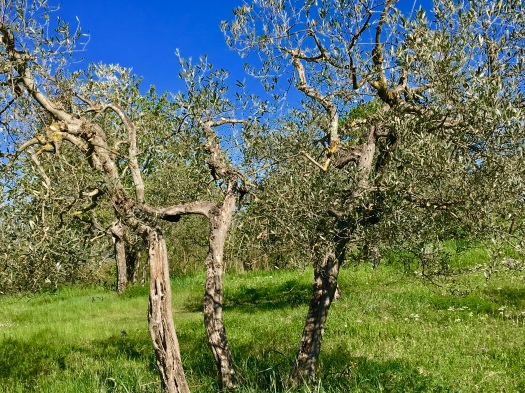 Bonus round: video that captures the sights and sounds of an Umbrian Sunday morning in spring…..

4. Because the Lago and its namesake town, Civitella Del Lago, make you feel on top of the world…

In the distance, a dam on the river Tiber, on its way to Rome, creates the lake….

A corner of the pristine Civitella del Lago, a town of 300 souls…

5. Because Spring promises the long Umbrian summer just ahead….

And the airport in Perugia along with Ryan Air makes it all so simple….. 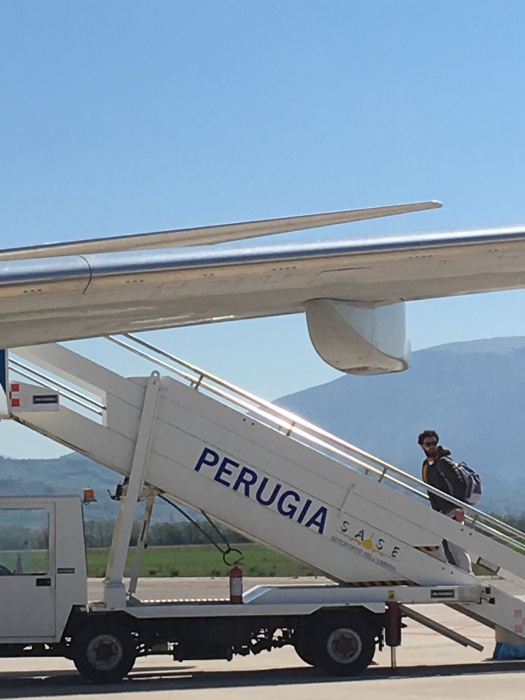 Have you been to Umbria in the Spring?  Or another province of Italy?  Share your experiences in the comments section below.