Summer along New England’s coastline  can be magical – the play of light on water,  vacations memorialized in family lore by the childhood summers of carefree ease.  Among the thousands of craggy inlets and coves lies Menemsha Harbor, situated along the western coastline of Martha’s Vineyard, part of the town of Chilmark, MA. This post’s picture essay endeavors to capture its essence and provide inspiration for your own summer magic.

During the summer season, Menemsha’s small commercial fishing fleet gives way to a cacophony of recreational boaters, land-based tourists, and soaring, screaming seagulls. For visitors to the storied Vineyard, Menemsha Harbor is literally the end of the road.

It starts at dawn….. 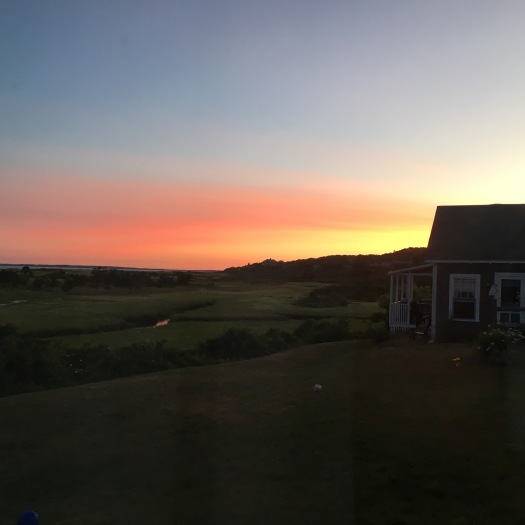 The commercial fleet heads out around 4 a.m; the charters leave by mid-morning.  For recreational boaters left behind to enjoy their anchorages, this is perfection.

Commercial fishing is the lifeblood of this area, in all its forms… 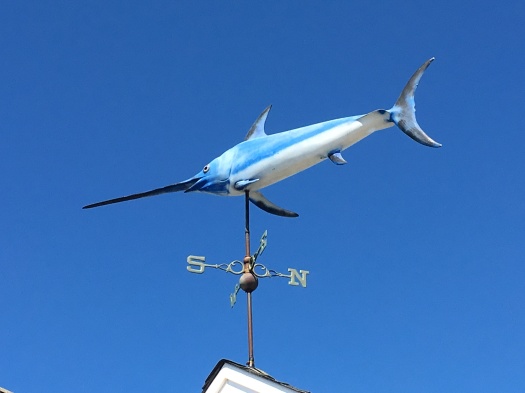 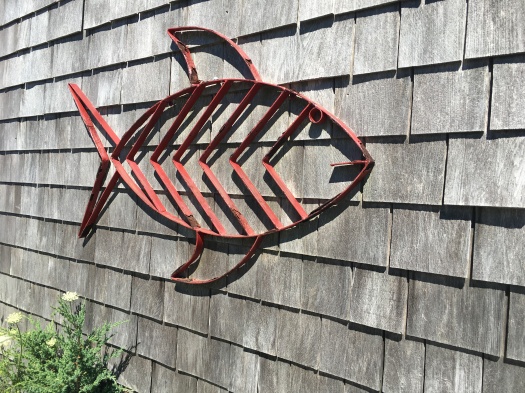 Lunch on the harbor…..

What is it about a summer’s day at the beach?

Behind the beach lies the rolling grass of a low dune….

And behind the dune runs a tidal creek – marking the relentless circadian rhythm of the day.

And then, day is done, gone the sun….

There are as many memories of as there are visitors. Please share your favorite summer refuge…. Menemsha is but one!