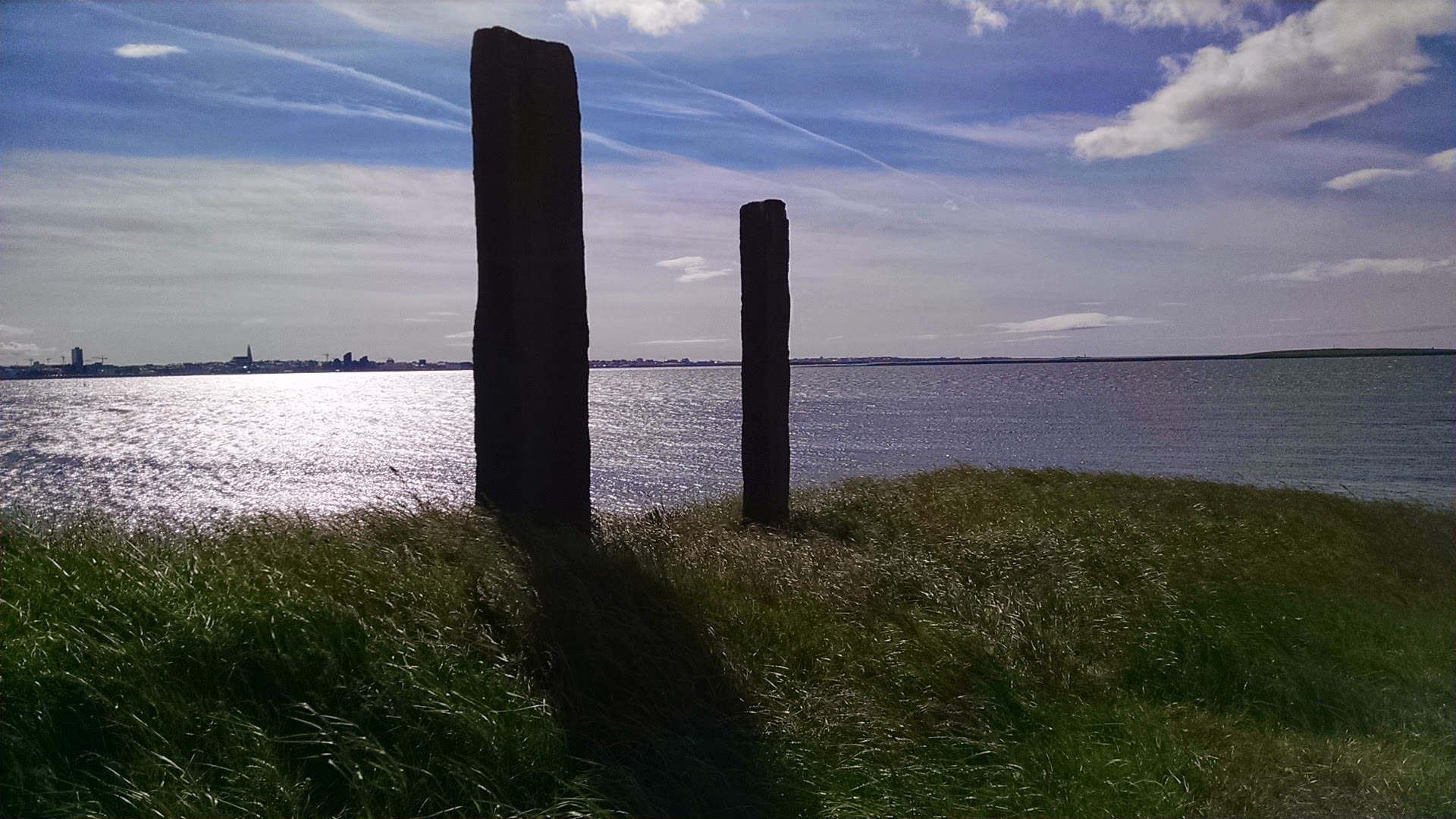 The mission:  To see renowned sculptor Richard Serra’s striking installation Afangar (“Standing Stones”) on Viðey Island, a national preserve across the harbor from Reykjavík. Under that brief,  I savored a taste of Iceland – in Reykjavík – on a lay-over return to New York from London. What to do in Reykjavik?  I found plenty!

There isn’t much going on Vi∂ey Island save for a small museum repurposed from a historic stone house that includes a simple cafe. Vi∂ey, however, played an important, if not sacred role in Icelandic history. It is credited with being the landing spot of Vikings 1,100 years ago and was home to an important Augustinian monastery  from the 13th through the 16th centuries. It’s now uninhabited and accessible only by ferry from Reykjavík’s harbor (ferries are clearly marked and easy to spot). The desolate, grassy terrain provides the backdrop for not only Serra’s work, but also the Danish/Icelandic conceptual artist Olafur Eliasson (New York City Waterfalls), and the Imagine Peace Tower dedicated to John Lennon by his wife Yoko Ono. Vi∂ey truly feeds the soul on several levels.

Afangar is a collection of nine pairs of pillars, rising up to 13 feet high, quarried on Iceland and honed from indigenous basalt  and set across the windswept landscape on the south side of the island. At first there seems to be no order, but as one walks the land the plan reveals itself with the mystical power of the ancient legends of Iceland. Indeed, the name Afangar, borrowed from an Icelandic epic poem, translates roughly to “wandering in a contemplative mood”.

The viewer typically sees 2-3 pairs at once, owing to their juxtaposition. Afangar was the result of a commission awarded to Serra by a coalition of Icelandic municipal and national governments. It opened in 1990.  There is something hauntingly beautiful, like the landscape itself, in the simplicity, placement, and material selection.

I spent the better part of an afternoon walking  the island, coming upon a rise now and again on a terrain that’s just 16 feet above sea level. It was a meditative afternoon full of sun, wind and sea.  With a restorative beer at the cafe to toast this most remarkable trio of public art, the return to Reykjavík was a return to modern civilization.

Once back, it was time for more sightseeing around the harbor and a bite to eat.

Not to be missed: Saegreifinn – on the Harbor and the freshest grilled fish you’ll ever eat.  Simple, picnic fare…..

During my three-day stay, there wasn’t time to catch the glory of the magnificent and much-heralded countryside beyond Vi∂ey Island so I concentrated my time on Reykjavík, which, under different circumstances,  might have been shortchanged.

Shopping: if you want to return home with a hand-knit specialty, there is a state-supported craft shop in the middle of Reykjavík’s center with beautiful goods. Otherwise, enterprising knitters sell their wares on pop-up tables in town but on rainy days they’re scarce.

Reykjavík is a museum town – there are no less than six significant ones, including several contemporary art museums.  The Settlement Exhibition, drawn from recent excavations, explores the early settlement of Iceland (late 9th century). And then there’s the Penis Museum (not a typo), a/k/a the Icelandic Phallological Museum, which chronicles the mammalian phallic world of Iceland. It’s serious, interdisciplinary science.  See, something for everyone.

I ♥ Reykjavik  For local information, this is home base. Founder and Reykjavík native Au∂ur started by giving charming, informative walking tours of Reykjavík; I fell under her spell on such a tour in 2014. Her enterprise has grown into a one-stop Icelandic tour hub including combo tours that maximize a short stay in a spectacular country. Her blog is entertaining and loaded with information.

Au∂ur epitomizes the youthful energy and optimism that animates Iceland. Her walking tour is a  great overview of this capital city: surprising artistic expression of graffiti bedecked houses, a swing through Reykjavík’s ‘must see’ spots, shopping tips and yes, coffee. 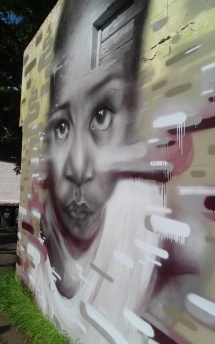 Like other places around the globe dominated by millennial culture, Reykjavík prides itself in its coffee (and its music scene).

So, while Reykjavík isn’t big, the hotels/clubs restaurants are close together and the noisy buzz can extend into the wee (and light) hours. If quietude is a must, get out of the fray at the very modern Hilton Nordica. It’s corporate-world efficient with a complimentary breakfast and five minutes to the city center with frequent free shuttle service. I recommend it as a solo traveller: predictable, familiar,  a welcoming bar for a nightcap. A good place to soothe your disjointed circadian rhythm.

If you have the time, don’t miss the Golden Circle tours, which highlight Iceland’s “top three” tourist destinations – waterfall, geothermal geyser and breathtaking national park (or so I’m told). These are offered by various companies, including the aforementioned combo tour with Au∂ur.

Iceland is such an easy destination from North America, either as a stand-alone trip (about the same flight time as a transcontinental flight and only 3 hours from the U.K.) or as a stop-over to/from Europe, as I did.

My last day was devoted to the Blue Lagoon, a natural, geothermal pool-cum-spa run by the government. I booked the Premium package, well worth the upgrade. Slipped in a massage, too.

I enjoyed a delightful lunch of Icelandic lamb (among other choices) in the dining room, LAVA, with a lovely wine and view of the pool before heading on to the airport and the flight home. I arrived at JFK feeling human, which isn’t common after a long-haul flight. 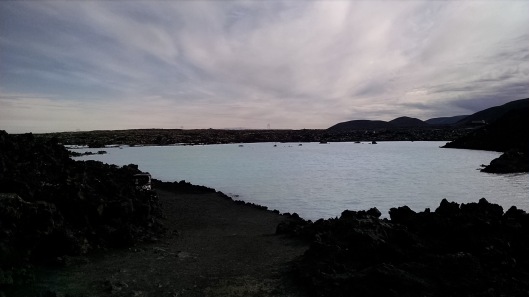 The Blue Lagoon is undergoing expansion to include a luxury hotel in 2017. That will change its day-tripper vibe, but the good news is that it can be a (layover) destination in itself.

Finally, Icelanders to a person struck me as at peace with themselves and the wider world. It’s a quality we don’t see enough of, if you ask me. Maybe this is their secret:  Iceland’s Culture of Pools.

If you go to Iceland or are even thinking about it, I heartily recommend Lonely Planet’s Guide.

It’s all you need to know to go.